On this page, we have managed to share the Yunsong Stock ROM Firmware (Flash File) for all Yunsong smartphones and tablets.

All the following Yunsong Stock ROM (zip file) contains the original Yunsong USB Driver, Flash Tool, and the Firmware File. After Downloading the firmware, follow the instruction manual shipped with the firmware to flash or install firmware on mobile. 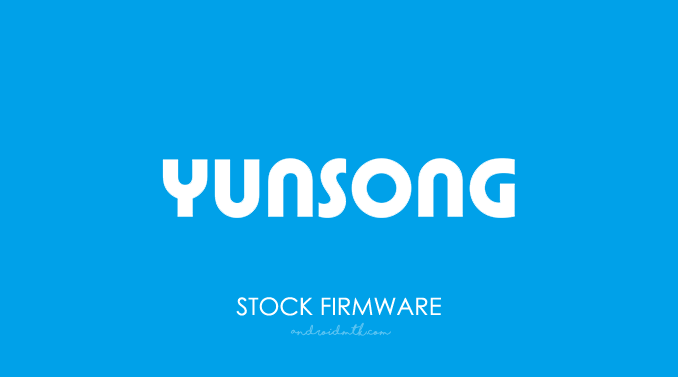 The Stock ROM (Mobile OS) is the Most Stable ROM released by the device manufacturers depending on the device model and Android version. However, the Stock ROM don’t offer many customizations or features for the device.

While in general third-party firmware (Custom ROM) has system bugs and stability issues. In this case, you may experience battery issues, network issues, camera issues, missing features, lags, overheating, slow performance, and many more. But whenever you switch to Stock ROM, you can quickly fix them all.

[*] After flashing (installing) the Yunsong Stock ROM on your device, you may need to flash (install) the IMEI using the IMEI tool provided with the firmware file. If you are going to flash the IMEI, then flash the Original IMEI that comes with your device.

[*] Request Firmware: If you are looking for any specific firmware that is not listed above, you can request it through the comment box below (do not request firmware through the contact page, or else it will be ignored).

[*] Credits / Copyright: All of the above files are free provided by Yunsong, Inc. So full credit goes to them for sharing the firmware for free.