KingRoot App (apk) is a small app for Android Devices that allows you to Root the Android Device running from Android 2.2 to Android 7.0 in a single tap.

Here on this page, we have shared the latest version of the KingRoot App and the previous versions. 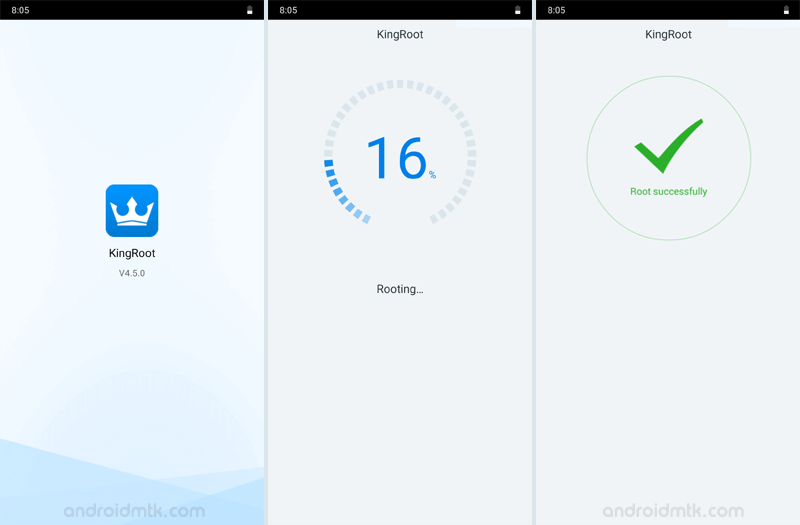 Kingroot is one of the fastest One-Click Root App that allows you to root your Android Devices quickly. Using Kingroot, you can root devices up to Android 7.0 (Nougat) with a single tap.

Kingroot supports One-Click Root. Download and install the Kingroot on your Mobile > Launch the App > Tap on the Start Root Button to quickly root the Android Device.

Once the device is rooted with Kingroot, you can find the Purify App in your device’s App Drawer. Purify app allows you to perform various tasks, including removing the pre-installed system apps, Block Startup Apps, Clear Cache Data, and Optimize the Battery of the device.

Kingroot requires an active internet connection to perform the rooting process. Kingroot searches the available root strategy for the Android device to get it rooted.

Kingroot is compatible with Android 2.2 to Android 7.0. If in case you were looking for the latest version of the Kingroot, then use the following links to get it on the computer or mobile:

[*] How to Root? If you want to learn to root the Android Device using the Kingroot, then head over to How to use Kingroot App page.

[*] Alternative App: If you are looking for an alternative Root App, then don’t forget to check out our One-Click Root App Section.

[*] Credits: KingRoot is created and distributed by Kingroot Studio. So, full credit goes to them for sharing the app for free.