Universal Android Debloater GUI is a tool that allows users to remove or disable system apps, commonly referred to as bloatware, from their Android devices. It can free up space and improve device performance by removing apps not used by the user. 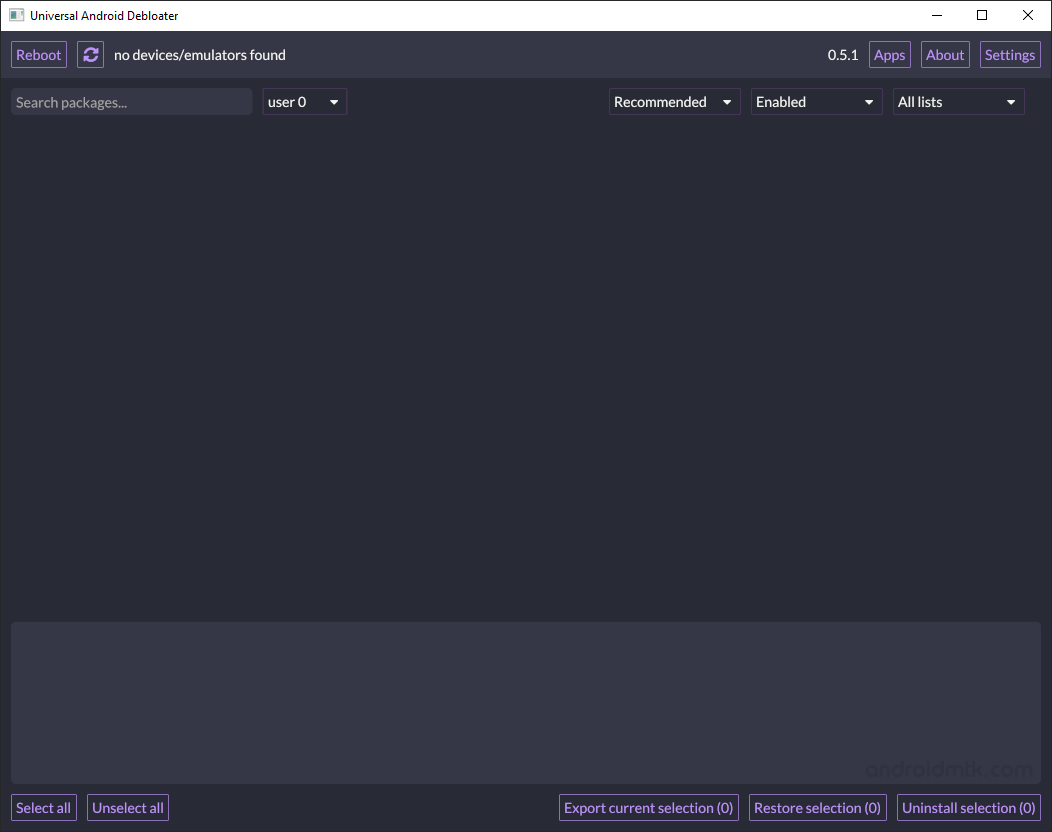 It allows users to back up their device’s current system configuration, including installed applications and system settings. It can be useful if the device needs to be restored to its original state or if the user wants to switch to a different ROM.

It allows users to selectively remove or disable system apps from their devices, freeing up storage space and improving performance. In addition, it can be useful for users who do not use certain pre-installed apps or want to remove apps that they consider unnecessary or unwanted.

It allows users to view a list of all installed apps on their device and perform actions such as uninstalling or disabling them. In addition, it can be useful for managing and organizing the apps on a device.

It allows users to use ADB commands to perform various tasks on their devices, such as installing and uninstalling apps or modifying system settings. It can be useful for advanced users who want to customize and optimize their devices.

Following are the Universal Android Debloater GUI Download links from which you can download the Tool for Windows, Linux and macOS.

[*] How to Use: First, enable Developer Options on your device and turn on USB Debugging in the Developer Options. From the device settings, disconnect from any OEM accounts. Next, install ADB on your computer, launch the Universal Android Debloater, and connect your Android device.

[*] System apps, or bloatware, are pre-installed apps that come with an Android device and cannot be uninstalled without rooting the device.

[*] Universal Debloater lists categories of system apps that can be removed or disabled, including apps from Google, Facebook, Amazon, and Microsoft, the Android Open Source Project (AOSP), manufacturers (OEM), mobile carriers, and Qualcomm, Mediatek, and Miscellaneous.

[*] Credits: Universal Android Debloater GUI is created and distributed by w1nst0n (Developer). So, full credit goes to him for sharing the Tool for free.