ioRoot Tool is a One-Click Root Application for Windows Computer that allows you to root the LG smartphones, including the LG G2 and G3 devices.

Here on this page, we have shared the latest version of the ioRoot Application and the previous versions. 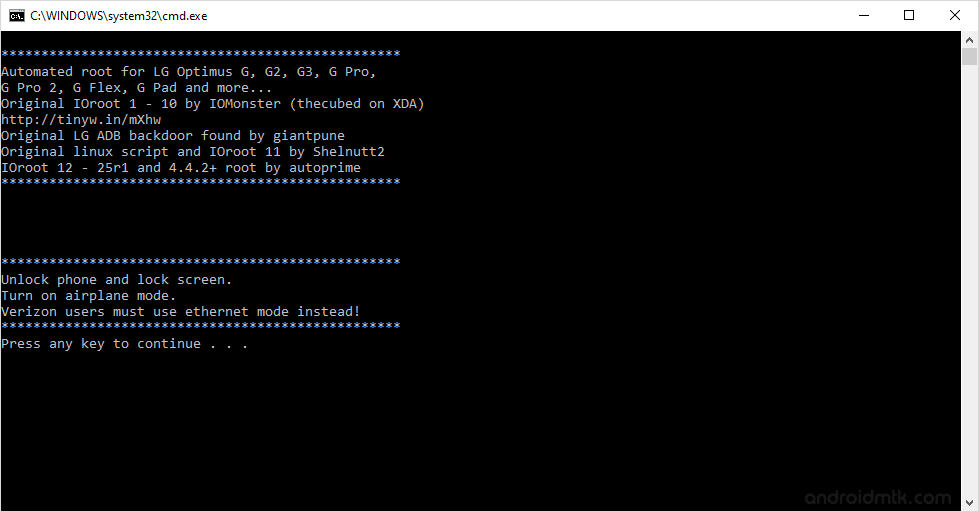 It allows you to root the LG devices with a Single-Click. First, install the LG Drivers on the computer > Enable USB debugging on the device > Connect the device to the computer > Launch root.bat file from the ioRoot tool and follow the screen instructions.

It allows you to root the Android devices manually. For that, you need to launch the terminal and enter the commands manually to gain root access.

ioRoot is compatible with all versions of Windows OS, including Windows XP to Windows 11 (x32 or x64 bit). If in case you were looking for the latest version of the ioRoot, then use the following links to get it on your computer:

[*] Works for LG Devices: ioRoot is designed to root only LG devices. It may not work for other devices apart from LG.

[*] ioRoot is Discontinued: ioRoot is now officially discontinued by the developer, which means it won’t be getting any further updates in the future.

[*] Known FaQ: ioRoot was initially developed as a Windows Script to root LG G2 Smartphone running on Android 4.2.2, but later got support to root devices from Android 4.0 to 4.4.2.