Requirements: Your Samsung Galaxy S4 LTE-A Korea SHV-E330S on 5.0.1 should have at least 30-40 percent of battery to perform the rooting process.

If your Samsung Galaxy S4 LTE-A Korea SHV-E330S smartphone is running on Android 4.4.2 then head over to this page.

Step 2: Download and extract the root files on your computer. After extracting you will be able to see the following files:

Step 3: Now, Switch off your Smartphone.

Step 4: After switching-off the phone, you need to boot into Download Mode. To boot into download mode Press and hold Volume Down, Home and Power button at same time for 5-8 seconds until download mode is active. 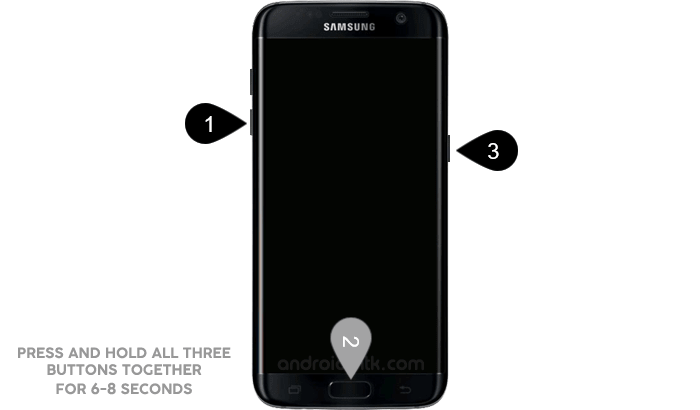 Step 5: In the Download mode you will be able to see a Warning Yellow Triangle Sign. In this situation you have to press the Volume Up key to continue.

Step 6: Now, Open Odin3 (found in the extracted files, that you have downloaded in the Step#2) on your computer. Then connect your Smartphone to the computer.

Step 7: Once you have connected the Smartphone to the computer, Odin will automatically recognize the device and show “Added” message at the lower-left panel. 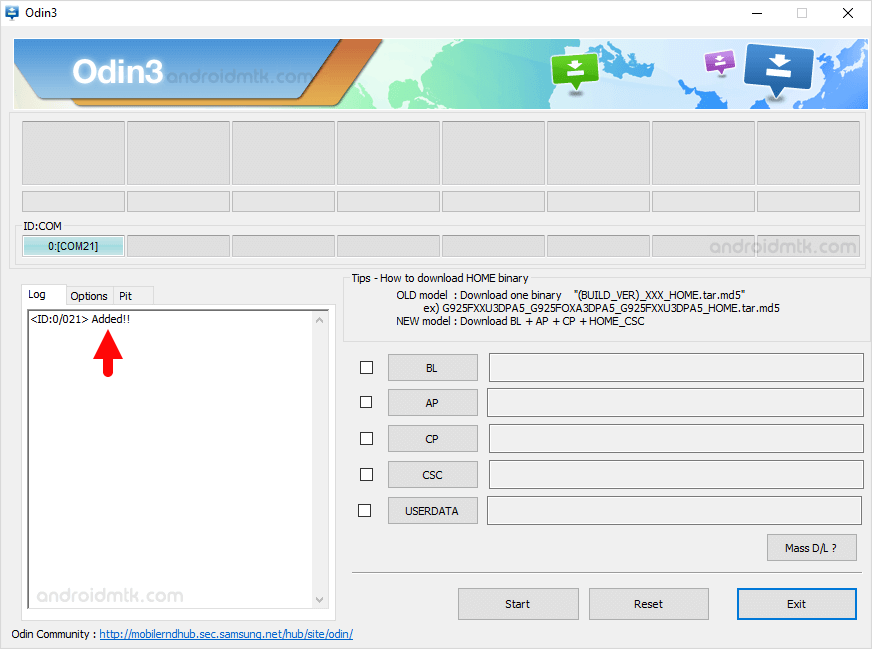 Step 8: Once your device detected by Odin, click on the PDA button and select the CF-Auto-Root.tar file (you have downloaded this file in step#2). 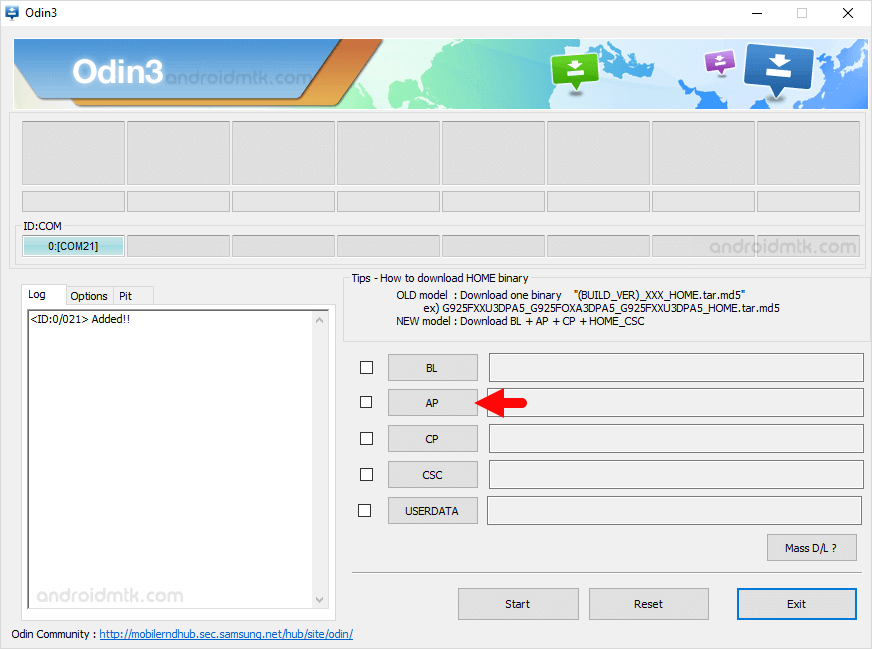 Step 9: Now, click on the Start button in Odin to begin the Flashing. 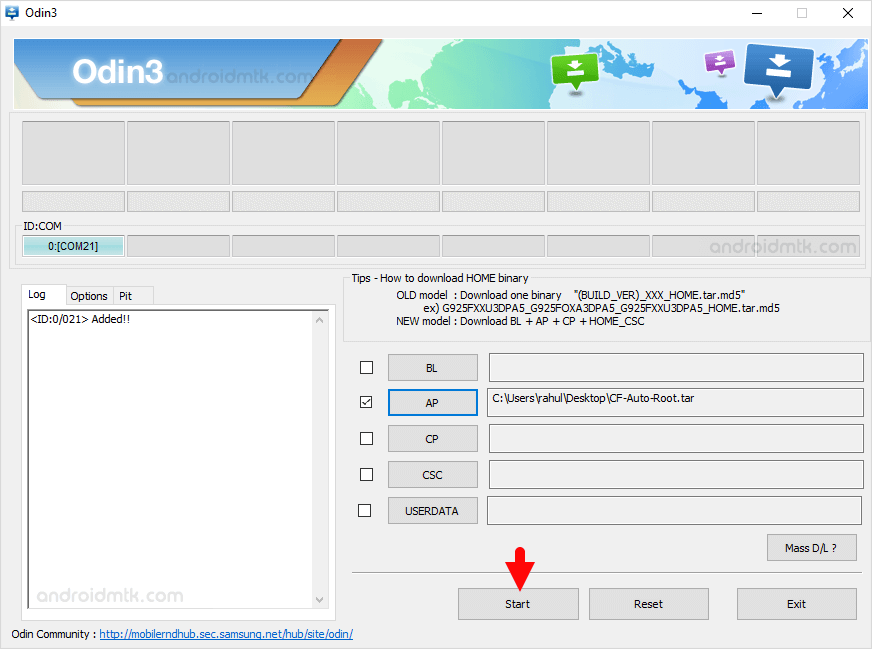 Step 10: Flashing usually takes 30-50 seconds to complete the rooting process on your Samsung Galaxy S4 LTE-A Korea SHV-E330S on 5.0.1. Once Rooting process got completed, you will be able to see a Green Box with Pass written on it in Odin. During this process Smartphone will re-boot automatically. 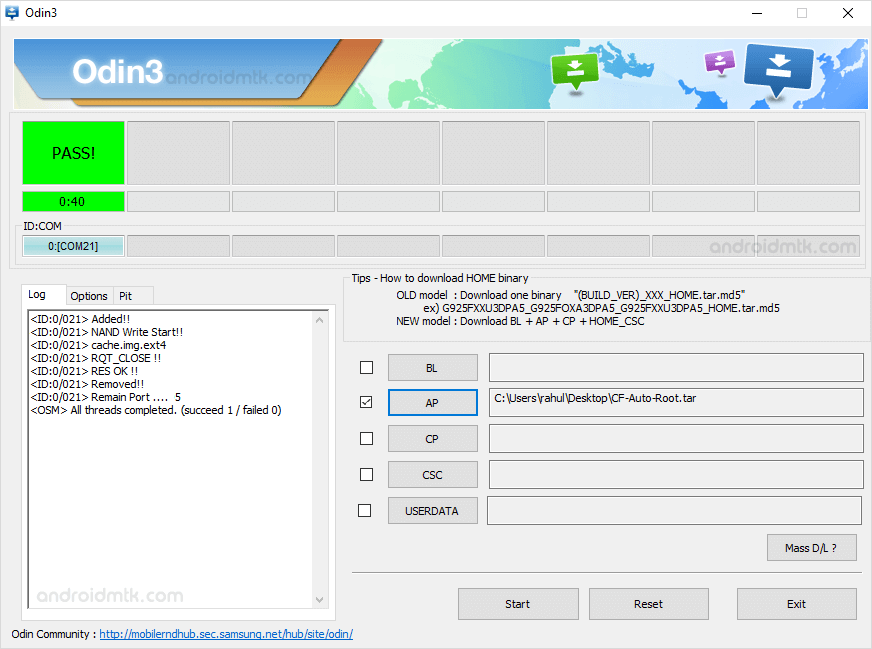 Step 11: Once you see, the Pass message in Odin, you can disconnect your Device from the computer.

Optional: You can also verify the root status of your device by using the Root Checker Application.

[*] Big thanks to Chainfire for their CF Auto Root file for Samsung Galaxy S4 LTE-A Korea SHV-E330S on 5.0.1. Without using the CF-Auto Root file, the above tutorial was not possible.